Brownie Bottom Cheesecake – a creamy cheesecake baked on top of a rich, chocolate-y, fudgy brownie.  The best of both worlds in one irresistible dessert! Chocolate Cheesecake is the best dessert ever!

When I came to US years ago I wasn’t familiar with cheesecake, pies or even steakhouse bread.

I knew the Romanian desserts (which I should share some with you in the future) and French Pastries, that was good enough for me.

But not for my sweet tooth.

I was drooling every time I’d pass by the  bakery corner at the grocery store pushed by an invisible force to just grab something and give it a try.

It took me a while but when I did i was unstoppable.

Every weekend was another treat until one day when I picked a chocolate cheesecake. The whole world changed. It was the cake I’ve been looking for all my life!

Since then I learned to bake and made my own chocolate cheesecake.

I was the happiest of all.

That until I saw the recipe for brownie bottom cheesecake in the latest Chocolate Cookbook I bought. This brownie bottom cheesecake is the best of all words.

A luxurious creamy cheesecake is baked on top of a rich, chocolate-y fudgy brownie.

I was afraid the cheesecake filling would blend into the brownie batter and make it a swirled brownie cheesecake, similar with the Tiramisu Brownies.

But I was wrong, even if  the brownie layer is not completely baked by the time is topped with the creamy cheesecake filling.

If you’re using a stand-up mixer your filling will be even creamier than mine since I had to mix it with a hand-held whisk, my stand-up mixer bowl was in the fridge cooling some chocolate whipped frosting for a cake I’ll share on Thursday. 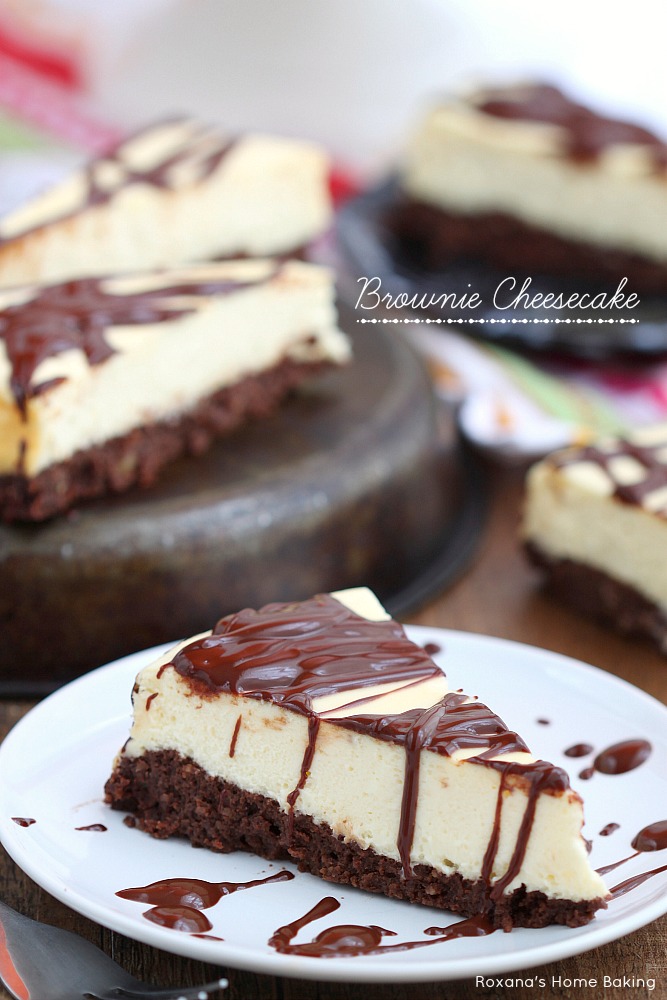 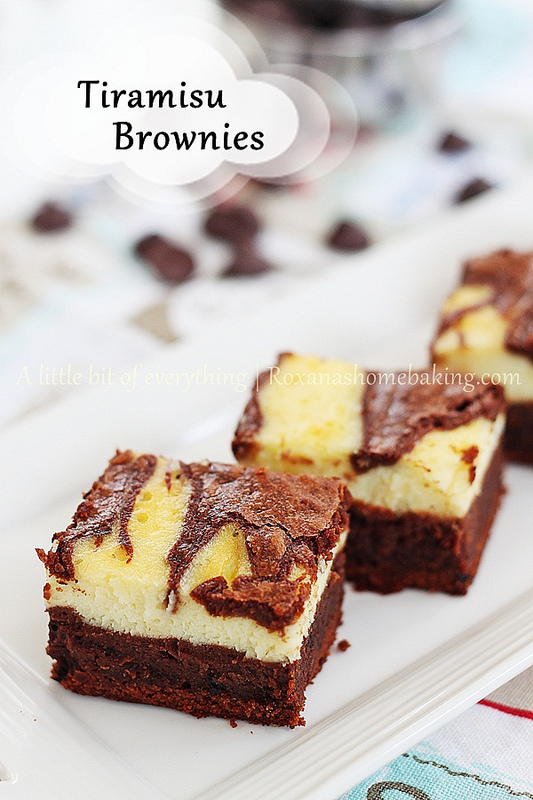 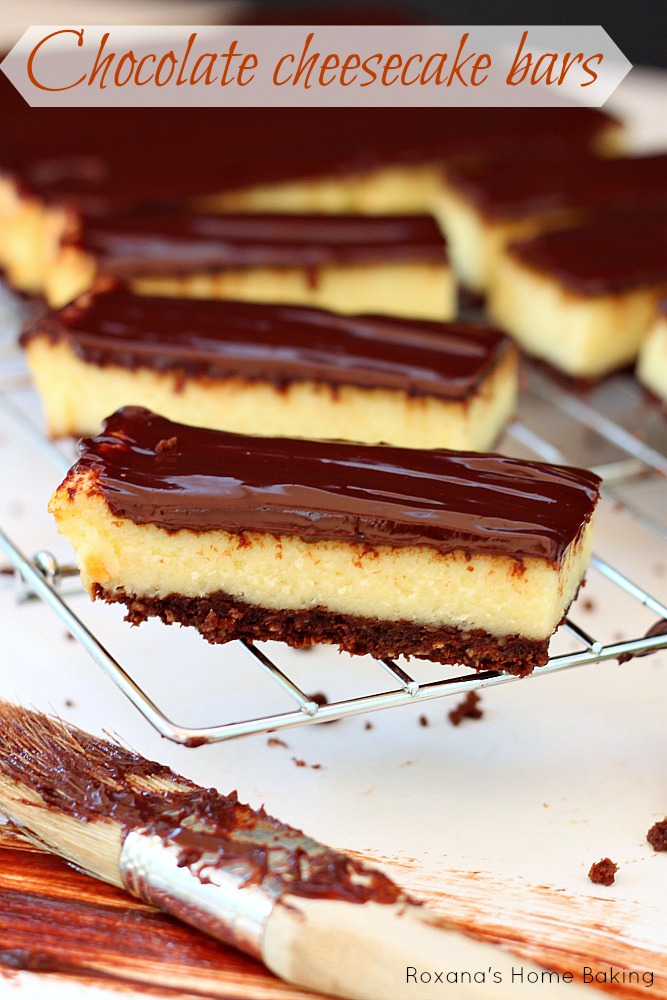 Sending this post to Cheryl aka TidyMom I’m loving it party and to Jenn’s of Jenn’s Cuisine Monthly Mingle, an event started by Meeta of What’s for Lunch, Honey?