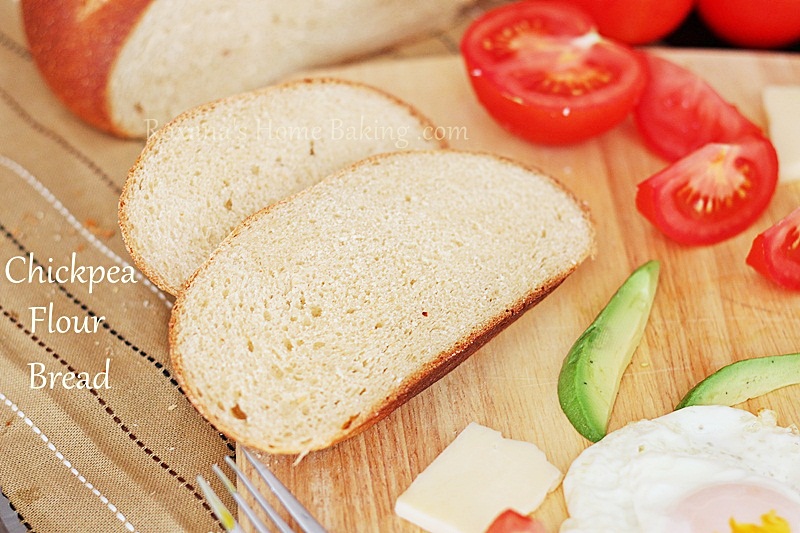 I don’t own a bread machine and don’t see myself using one anytime soon.

I think adding everything to a bread machine takes the fun away from seeing how your bread comes to life, starting with the proofing of the yeast, letting it rise, shaping it and finally waiting for the loaf to be baked and ready to enjoy.

The only thing I like about the bread machine is that you can schedule the baking time. Wouldn’t it be nice to wake up every morning to the smell of freshly baked bread?

I know I would love it very much!

Some of them have really nice bread ideas and even though you can pretty much use the same list of ingredients and just adapt the process of making dough for the stand up mixer, I try to make my own version of bread, inspired by the recipes from the cookbook. 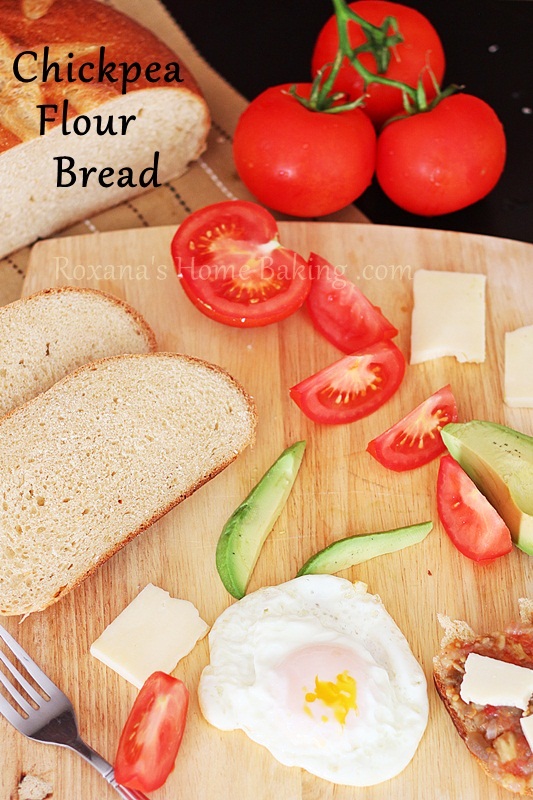 For example this chickpea flour bread.

Flipping through the book I found a bread recipe that called for chickpea flour and evaporated milk.

I was immediately intrigued. How often do I stumble upon a bread recipe that calls for two not-so-usual ingredients? 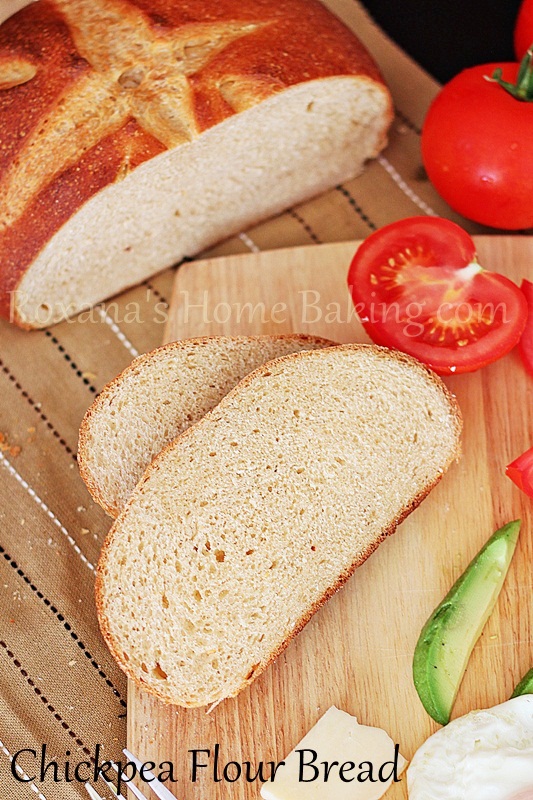 I immediately went to the store and bought some evaporated milk.

After a little math and a couple of hours of waiting I took a flavorful bread out of the oven.

The hint of cinnamon was calling me in the kitchen but I stayed strong and waited until the bread wasn’t hot anymore so I can slice and enjoy it.

The crust is soft, the evaporated milk gives it a nice crumb and the chickpea flour makes it a little chewier.

The cinnamon was a wonderful addition, but the crushed pepper flakes .. well, I added a little but I don’t think they made a difference. Next time I will not add any.

Chickpea flour bread - s soft crusted bread with a nice crumb given by the evaporated milk and a chewy bite from the chickpea flour, flavored with a hint of cinnamon

7.6.8
355
http://atreatsaffair.com/chickpea-flour-bread-recipe/
Roxana Yawgel http://atreatsaffair.com/ All images and content are copyright protected. Please do not use my images without prior permission. If you want to republish this recipe, please re-write the recipe in your own words, or simply link back to this post for the recipe. Thank you. 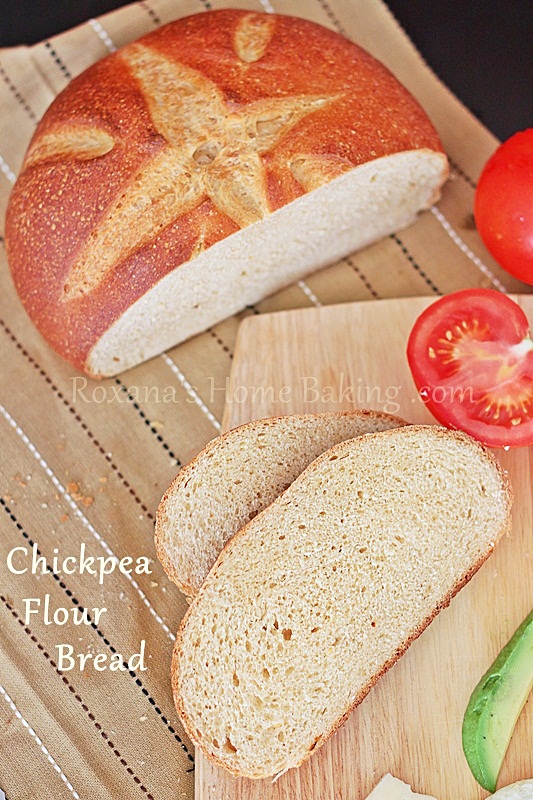