Sweet, buttery and bursting with cinnamon flavors, this cinnamon loaf cake if fabulous with a cup of coffee or tea in the afternoon! 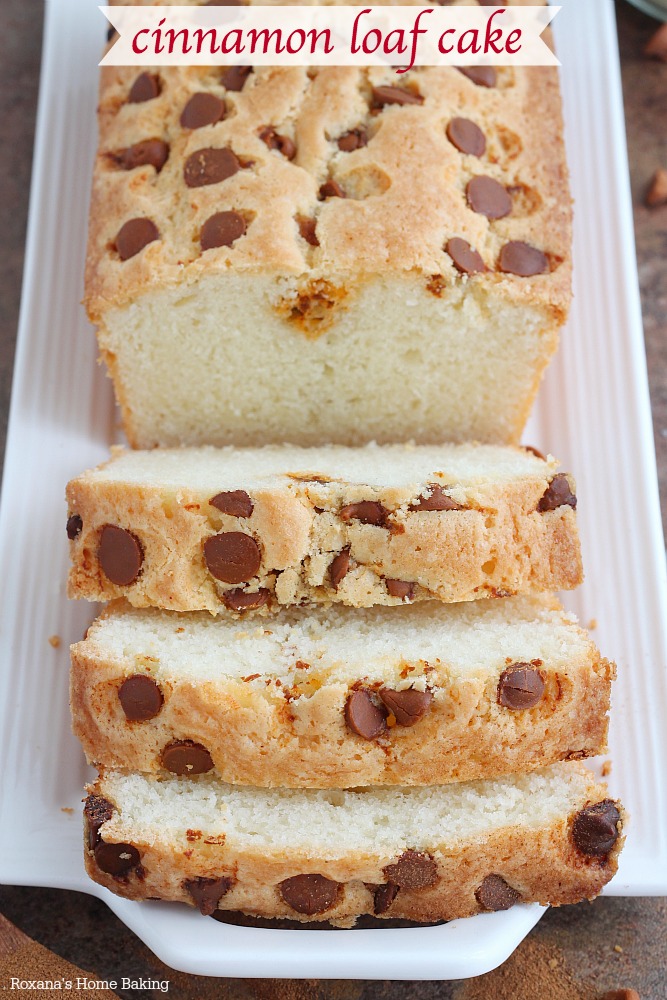 August is already here and before we know it fall has arrived. I don’t know about your corner of the woods, but in my area the summer was good to us. The temperature only a few times went over 95 degrees, most of the summer being in the high 80’s

It was a nice summer, one of my favorites in years!

But I’m ready for fall. I’m ready for cinnamon flavored desserts, crisp apples and pumpkin anything. Yes, fall is one of my favorite seasons. And this cinnamon loaf cake has fall flavors in each bite.

It’s sweet and buttery and  bursting with cinnamon flavor! 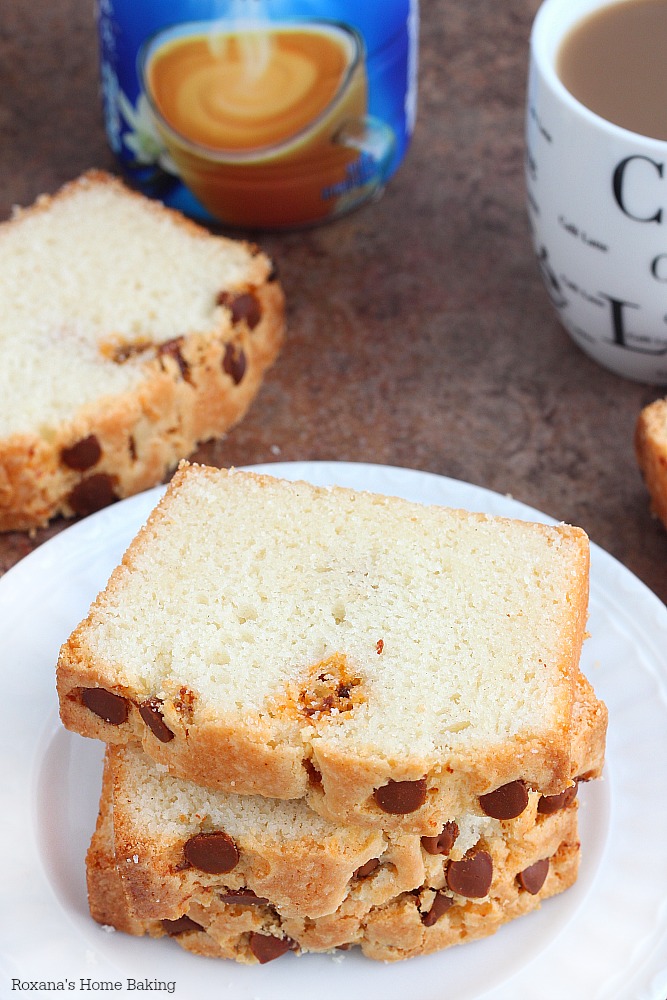 I made this cinnamon cake few days ago after spending most of the day at the park and at the local beach. As soon as we got home, my little girl went down for a quick nap and I knew as soon as she wakes up she’ll ask for something sweet.

Lucky me, this bread takes only a few minutes to mix and about 40 minutes to bake. The hardest past is definitely waiting for it to cool down.

This time I added ground cinnamon to the cake batter and topped it with cinnamon chips, but for a deeper cinnamon flavor you could make a cinnamon streusel topping or a cinnamon ripple (I plan on doing so next time).

As far as the ingredient list goes, you most likely have already everything on hand.

Butter and sugar are creamed until fluffy. An egg is beat in. A mixture of cinnamon, self rising flour and all purpose flour is added alternately with vanilla flavored International delight coffee creamer.

I love adding coffee creamer to my sweets. It enhances the flavors and brings a subtle sweetness.

Here are a few

Sweet, buttery and bursting with cinnamon flavors, this cinnamon loaf cake if fabulous with a cup of coffee or tea in the afternoon!

This is a sponsored conversation written by me on behalf of International Delight. The opinions and text are all mine.